Today was another early to rise.  We had a bus waiting for us at 8:45, to take us on the Astoria/Seaside tour.

We begin with going to Fort Clatsop.  This is perhaps best known as the place where the Lewis and Clark expedition "wintered over" in 1805-1806 with the Corps of Discovery at the Fort.  The expedition spend its time hunting, making moccasins and clothing, trading with the Clatsop, Tillamook and Chinook American Indians and reporting in their journals.


We were first met by a ranger who gave us information about what we were going to see at the Fort.  We then begin with a movie about the life of the Lewis and Clark group, and ended with us walking up to Fort Clatsop.


After spending much time at the Fort, we boarded the bus and headed to the Columbia River Maritime Museum.


Among many things In the museum, there was a section dedicated to the US Coast Guard.  The mouth of the Columbia is extremely dangerous because of the sand bar at the bottom of the river, with the tide coming in and the Columbia River going out.  This area is one of the main areas for training US Coast Guard and Pilot Captains.


After the museum we were on our way to lunch.  What a wonderful lunch at the 'Baked Alaska Restaurant'.

With full tummies we boarded the bus again, and headed to the Lewis & Clark Interpretive Center at Cape Disappointment.  We watch a movie about Lewis & Clark landing here but because of the weather the Corps of Discovery chose to go back to the Oregon side of the river to settle down for the winter.  We wandered through the museum and viewed the light house before leaving to go back to the RV Park. 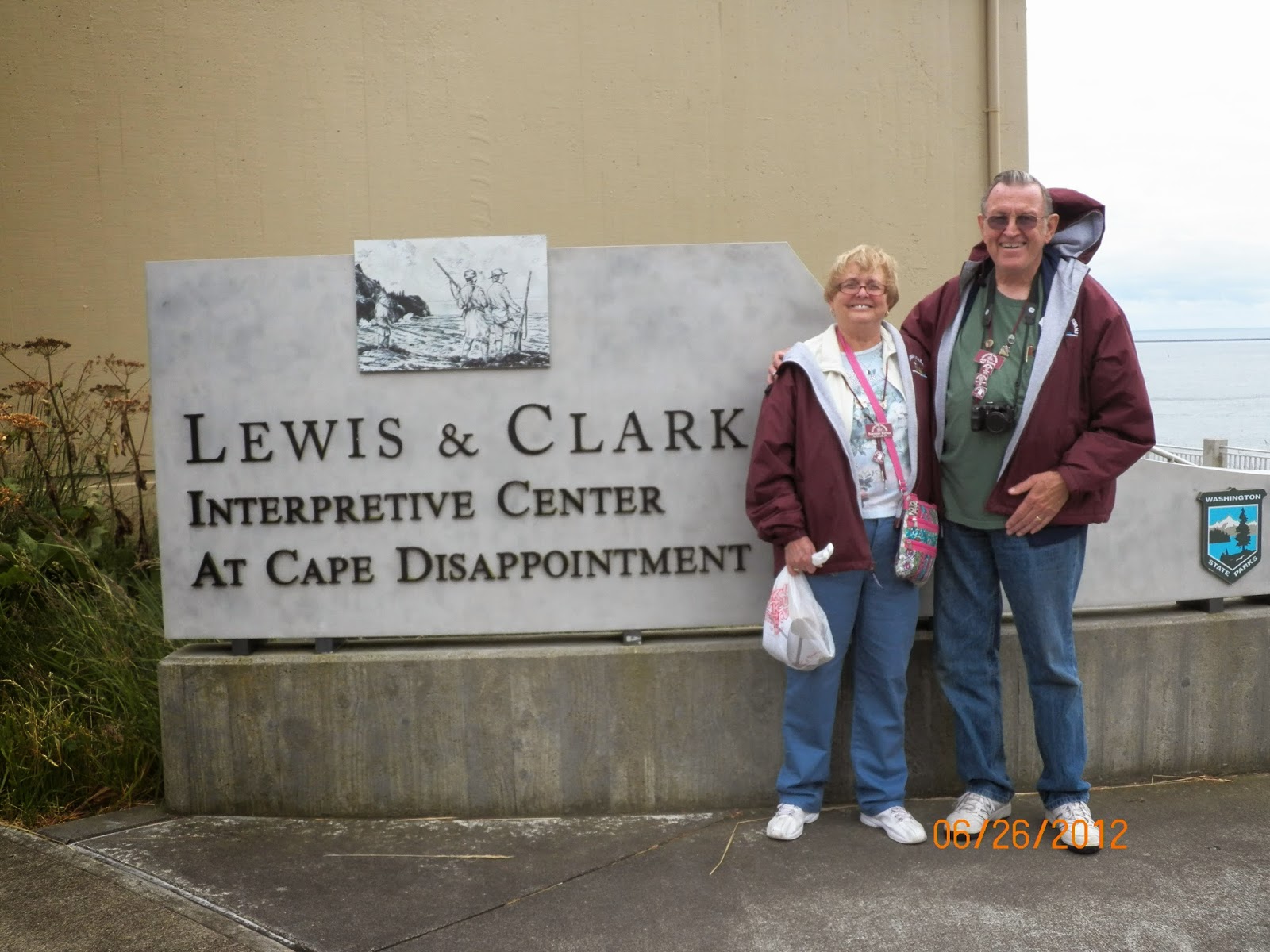